Accelerating Research and Development in 2023 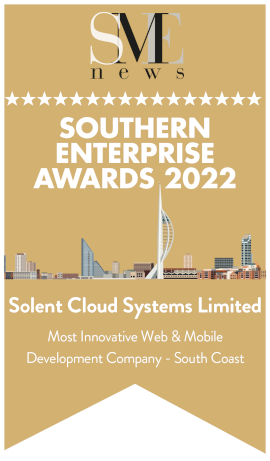 We're delighted to have been recognised by SME News in the Southern Enterprise Awards for 2022. Following on from last year's win, we recently picked up the award for "Most Innovative Web & Mobile Development Company - South Coast"

It has been a year of intense research and development efforts on two parallel innovation projects which has seen its fair share of twists, turns and pivots. Our Web3 project, Envstream reached a major milestone earlier this year with the completion of the first fully-functional prototype. We have already learnt so much from that proof-of-concept platform and we're looking forward to the next phase of development in 2023.

Our brand new R&D project, codenamed Kickback, has already taken shape with many of its core features built out. We believe this ML-based platform has significant potential in its domain, however it requires more effort before it can become a product. Most of our development focus for 2023 will be going towards delivering Kickback v1 as our first standalone digital product

We would also like to take this opportunity to thank everyone that we have worked with during the past year and wish everyone a happy and prosperous 2023!

Since its inception in 2018, the Southern Enterprise Awards aims to highlight and reward the businesses and individuals who have showed true excellence, commitment and determination across the southern regions.

SME News recently announced the winners of the 2022 Southern Enterprise Awards with an official press release published on their website.